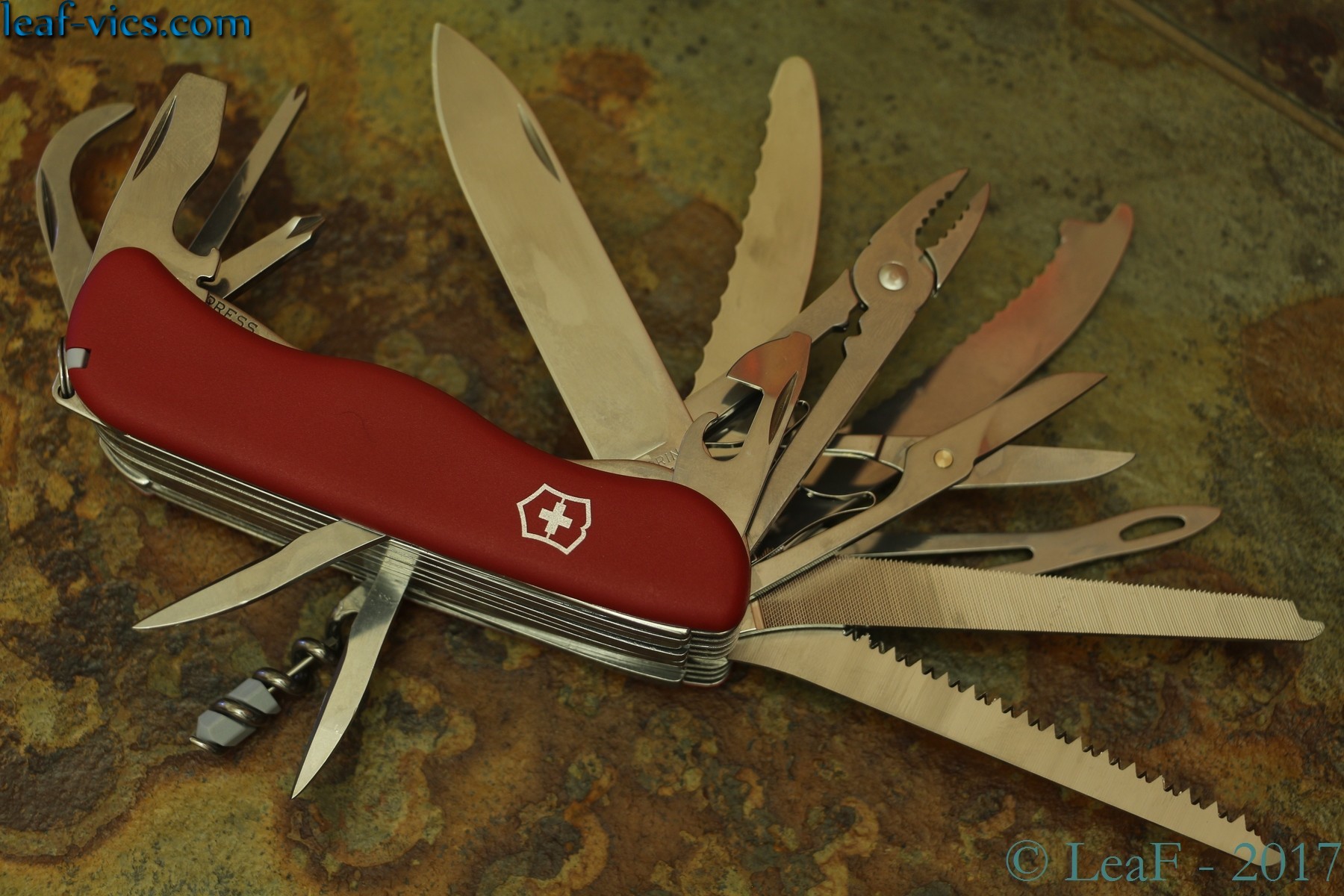 The WorkChamp XL is a very large liner-locking 111mm Swiss Army Knife with ten tool layers. The original version of this knife was slide-locking. It was converted to be liner-locking in 2017. (See image right).

The Workchamp XL contains nearly every tool Victorinox made for the 111mm slide-lock series. It is only missing the back-side Phillips screwdriver, and the small gutting blade of the Hunter. (The more recent liner-lock 111mm models feature some newer tools that were never included in the slide-lock series or this model).
The slide-lock version also featured a couple tools that were unavailable on any other 111mm models, these being the large clip-point blade* and the back-spring fine screwdriver*.

According to Victorinox, this model was designed for the collector !

* In the original version:
The main blade was slide-locking - The screwdriver was not locking
The seatbelt cutter was replaced by a Large clip-point blade

A rare variation (of the slide-lock version) replaces the cap-lifter/screwdriver with the small gutting blade opposite the can-opener.

In 2017 Victorinox completely revised their 111mm product line and ceased production of slide-lock models.
The WorkChamp XL was converted to be liner-locking as part of that change, incorporating the changes marked * in Tools above