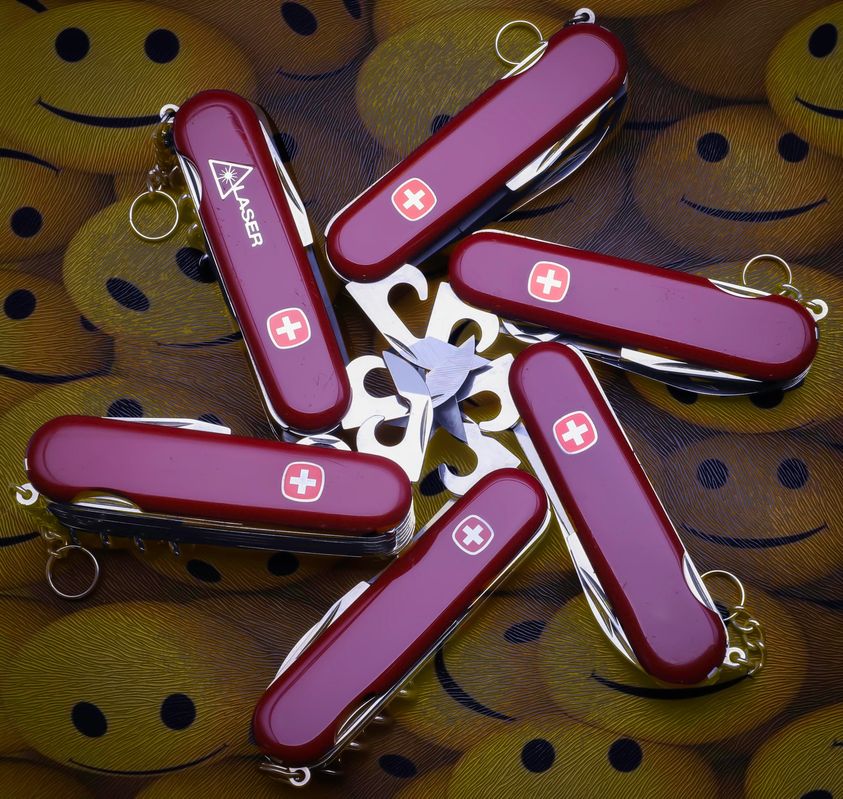 In the early days of the Swiss Army Knife the Wenger company manufactured models with many different frame sizes - including 91mm, like their rival Victorinox. However in the 1960s  (tbc) Wenger standardised on the 85mm frame size - possibly to differentiate their knives from their rival.

As can be seen from the list below, Wenger produced a plethora of 85mm models, in several evolutionary families (see right hand columnn below), that also offered a massive variety in tool selection, many more than Victorinox, including some unique takes on some of the more common tools, (as can be seen in the Exclusivities S557 model - also image below). Wenger also introduced some very unusual tools, aimed at specific hobbies and professions, that can be seen here.

In 2006 Wenger introduced an innovative design on the Swiss Army Knife handles (or scales), the Evolution scales, that were contoured to fit the hand. A year later in 2007 they introduced another innovation, the EVOGrip scales, that had rubber inserts fitted into the Evolution scales, that provided a better grip in the hand.
In 2011, once again, Wenger innovated with their Titanium Series producing some unique models designed for mountaineers, featuring an unusual multi-functional locking main blade and titanium scales.

Since the merging of the Victorinox and Wenger product lines in 2014 - all of these models are withdrawn, however some are still available as Victorinox Delémonts.

Backpacker Series: Several models developed for the US market by Precise Imports.

Basic Series: This was an economy range, with a printed, not inlaid, Wenger logo, and no toothpick or tweezers. 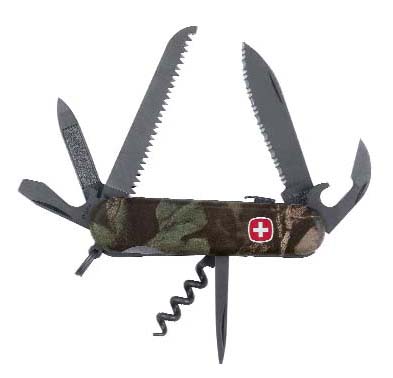 Evolution Series: This series was a later range from Wenger featuring the innovative, ergonomic 'Evolution' scales, and later still the 'EvoGrip' scales. 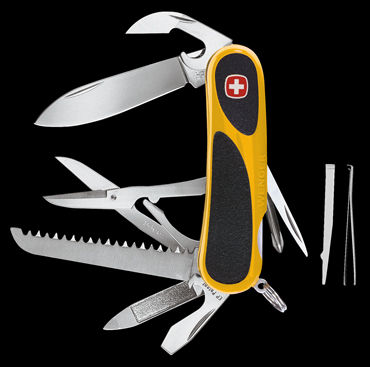 Standard Series: A series of basic models from the 1970s