SwissBuck pocket knives were manufactured by Wenger in Switzerland, for exclusive import into the USA by Buck Knives, commencing in 1991. Initially a number of 65, 75 and 85 models were available - see diagram below. Some additional pocket models, and 120mm models, were later added to the range. Buck discontinued the series in 1998.

The models were manufactured using standard Wenger frames, but with a clip-point, as opposed to a drop-point main blade, as this blade style is are more popular in the USA, otherwise the regular Wenger tools were used. They also had black synthetic Nylon handles, exclusive to Buck, which contained ribbbed thumb grips and sported the Buck logo on both sides. Apart from that the models were very similar to the equivalent Wenger models. 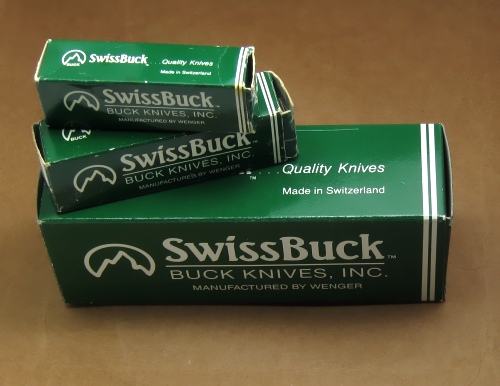 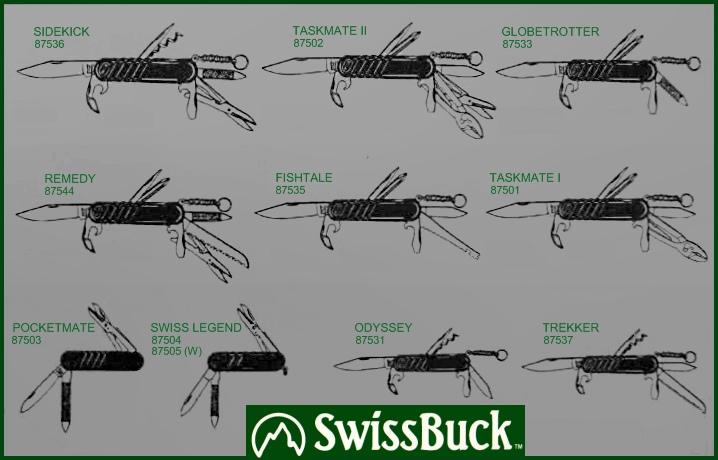