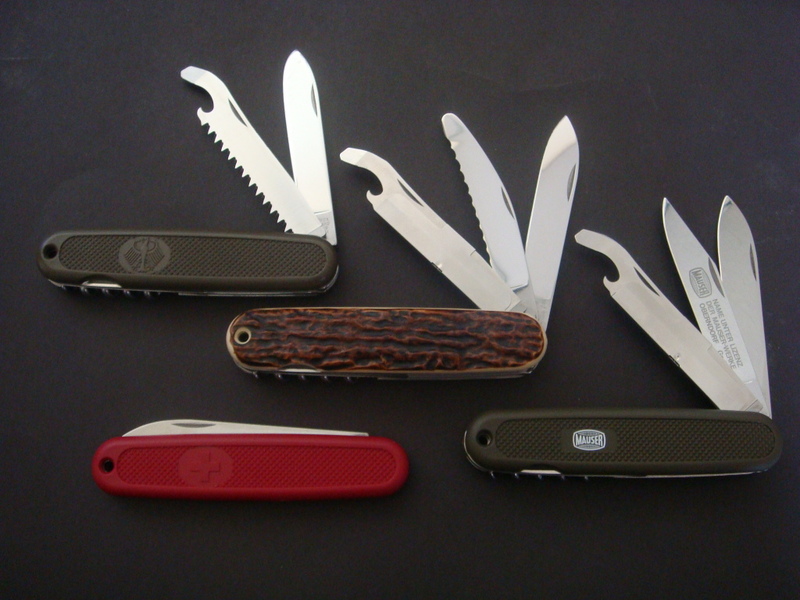 The Victorinox 108mm Series was first introduced and marketed as the Safari Series.

The series started with a design (or proposed design) for the German Army Knife, or GAK, in 19yy. The design is quite different from all the other Victorinox models, probably because the knife was built to supplied German military specifications. Consequently they are often not recognized as Victorinox knives. The German military split the manufacturing of the GAK across several different manufacturers, which are identifiable by the manufacturer's tang stamp.

The large red colored civilian models really stand out, and were the first Victorinox knives to use Nylon scales. The olive green Mauser branded model is quite popular with collectors.

The series features some unique tools and operational characteristics. It is the only series that offers a corkscrew on the back, but no models with a Phillips screwdriver. Some models also feature the unusual saw/screwdriver/opener combination tool, which usually came with a removable saw guard. All the layer tools pivot open on the same rivet at the top end of the knife, which is very intuitive, as all the tools, including those on the back, open in the same direction.

The 108mm series is discontinued.