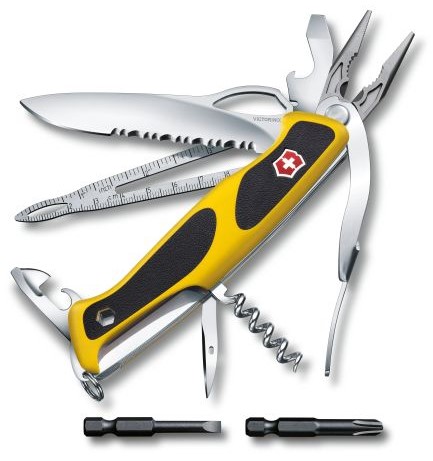 In 2005 Victorinox took over Wenger, although they ran the two companies completely independently, with separate product lines, for several years. In 2012 Victorinox announced that they would cease production of Wenger Swiss Army Knives, and from 2014 only Victorinox branded knives were produced, however, Victorinox decided to continue manufacturing of some of the former Wenger models under the Victorinox 'Delémont' brand.

The models in the list below, from the Wenger 130mm range, are still available as Victorinox Delémonts.
Note: Victorinox kept the Wenger model numbering.

These alterations were made from the Wenger to Victorinox versions: With the exception of the wooden handled models, all Delémonts have the rubber and Cellidor 'RangerGrip' handles. All models also feature a liner-locking main blade, with the Victorinox logo on the side of the handles being a button that releases the lock.
Note: The Victorinox catalogue has RangerGrip as one word, the website as two! This Wiki mainly follows the catalogue convention. 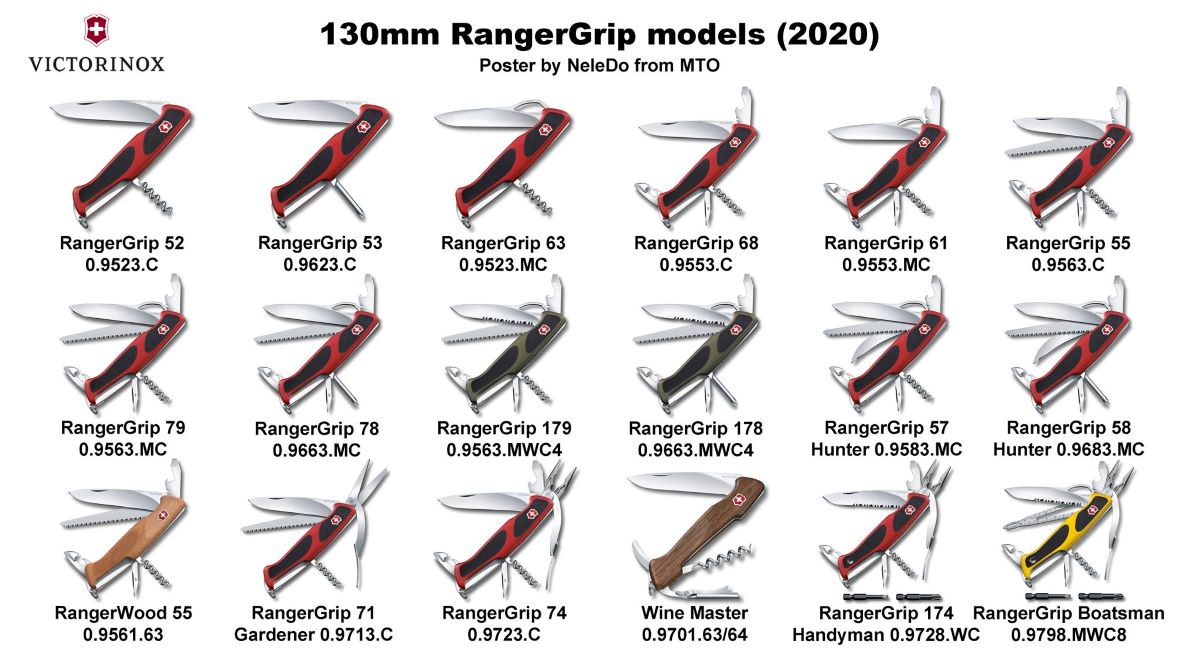