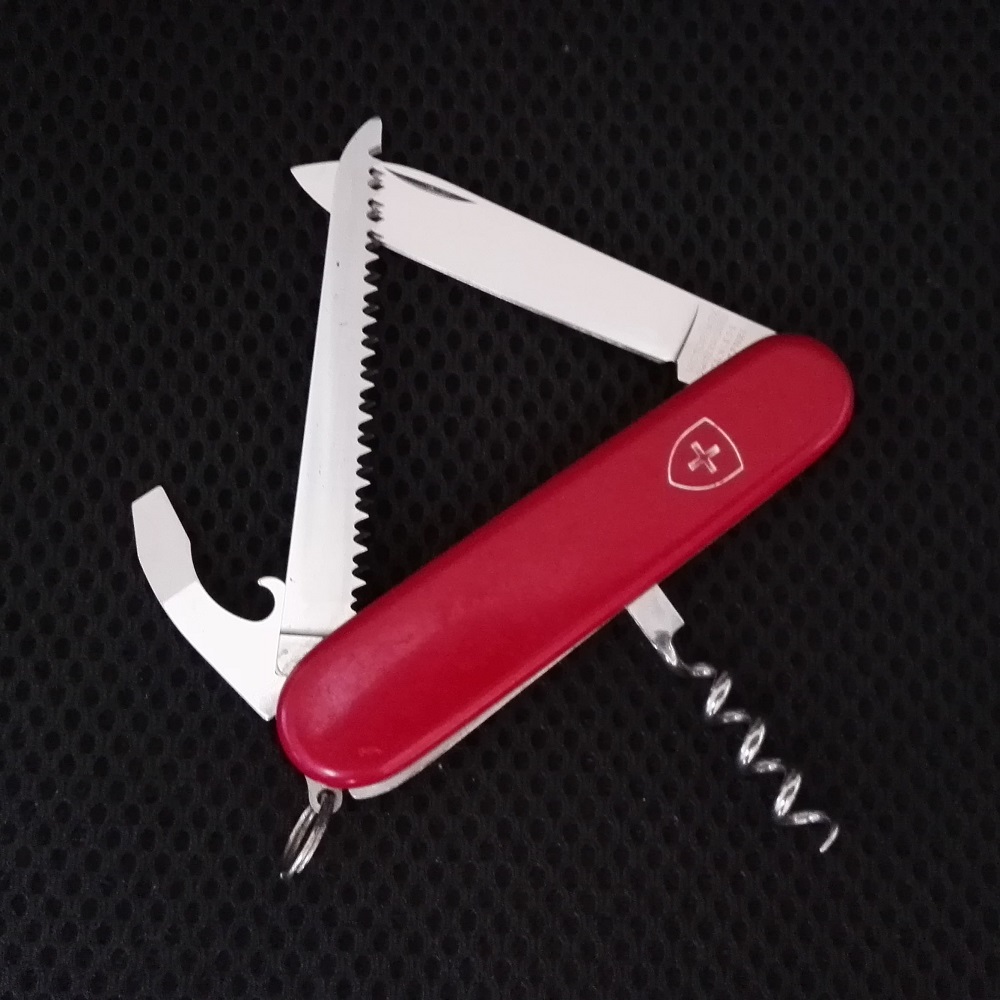 The Lumberjack Big is a two-layer Victorinox model that includes the large blade, combo tool and woodsaw.
It is a larger version of the 84mm Lumberjack, with an added corkscrew on the back.
This model was not produced in large numbers and is fairly rare. Discontinued.

In 2007 SwissBianco made twenty Lumberjack Bigs with 'Plus' scales and a Phillips screwdriver instead of the corkscrew.

Lumberjack Big  is a collectors' name for this model, as it is unknown if an official name was ever specified. This model was only produced in 1986.

SAKWiki is maintained by volunteers and hosted by MultiTool.org, however it has monthly running costs.
If you are a user of this site, or maybe have taken information from this site to help with an eBay listing, and would like to contribute to help to keep it available -
Please donate here: